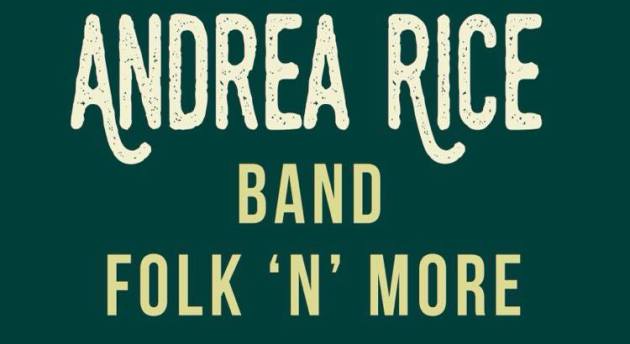 A LITTLE BIT ABOUT ANDREA
Andrea Rice, singer/musician from Co. Down has been working professional for over 35yrs started singing at a very young age with her parents in the church choir. Her praents bought her a guitar for her 9th birthday and she was hooked.
Andrea plays GUITAR and HARP and when asked once about the harp being too quiet for the pub gigs she replies; “This is just to calm the crowd down for a few minutes.”
While still at school Andrea was winning singing competitions around Ireland such as the Scór Na nOg and at 15yrs old found herself in the All Ireland in Limerick in front of 2,000 people, TV Cameras and radio.

She has travelled the world spreading her talents as far as NORWAY,KOREA,JAPAN,SINGAPORE, CANADA, 15 different states of AMERICA, EUROPE throughout ENGLAND, SCOTLAND,WALES not forgetting the length and breadth of IRELAND.
From 1991 to 2004 Andrea spent most of her time in SEOUL KOREA at O'KIM'S BAR in the WESTIN CHOSUN HOTEL, singing to people from all over the world, from Business people to Politicians to Ambassadors.
O’Kims became the most popular BAR in ASIA.

Andrea sings in Irish, Korean, Japanese, and Norwegian language and has recorded songs in some of these languages.
Andrea has been on TV in Korea where she won a Korean singing competition that was televised similar to the Eurovision Song Contest. Andrea has also been on TV in Ireland, America and in England such as ‘New Faces`which was a great success in the 80's with the late Marti Caine.

When touring,“The Andrea Rice Band” has been known to be a 2,3,4,or 5 piece band depending on the gigs on the tour.

Aoife Dobbin from loughtinisland Co.Down plays the FIDDLE and BODHRAN. Aoife is currently studying music at Magee (Ulster) University in Derry and has enjoyed gigging for these last 2 years all around ireland.

Fee Dobbin from Downpatrick Co.Down playing DOUBLE BASS, ACCOUSTIC BASS and BODHRAN has all the crack! He has been playing professionally for 35yrs. He heard Andrea perform at a gig he was playing with another band SLAINTE 30yrs ago and was so taken by her voice then four weeks later they played their first gig together and so the partnership was born and has never looked back

Andrea has worked with countless artists such as Christy Moore, Daniel O’Donnell, Foster and Allen, The Dubliners, The Wolfe Tones, Stockton’s Wing and Joe Dolan – the list goes on and on. She has 12 CDs and many appearances worldwide to her credit.
Andrea has a wide repertoire of songs, ranging from all the IRISH BALLADS to popular IRISH RIVERDANCE TUNES to the favourite contemporary FOLK and SINGALONG SONGS  and Aoife with the REELS AND GIGS as well as LOVE SONGS, contemporary﻿ DANCE TUNE. ANDREA likes to take REQUESTS at her gigs this is helpfull in her choice of songs to sing and play.

Andrea’s gigs are very important to her, she says; “I love being close to the people, singing their favourite songs and requests, holding them with me, everyone enjoying themselves.” If it’s singing or dancing or you just like to listen or swing a leg or two.

THEN THE ANDREA RICE SHOW IS THE SHOW FOR YOU

OR ON YOUR WEDDING DAY

COME ALONG AND ENJOY YOURSELF SOMETIME

WE AIM TO PLEASE YOU